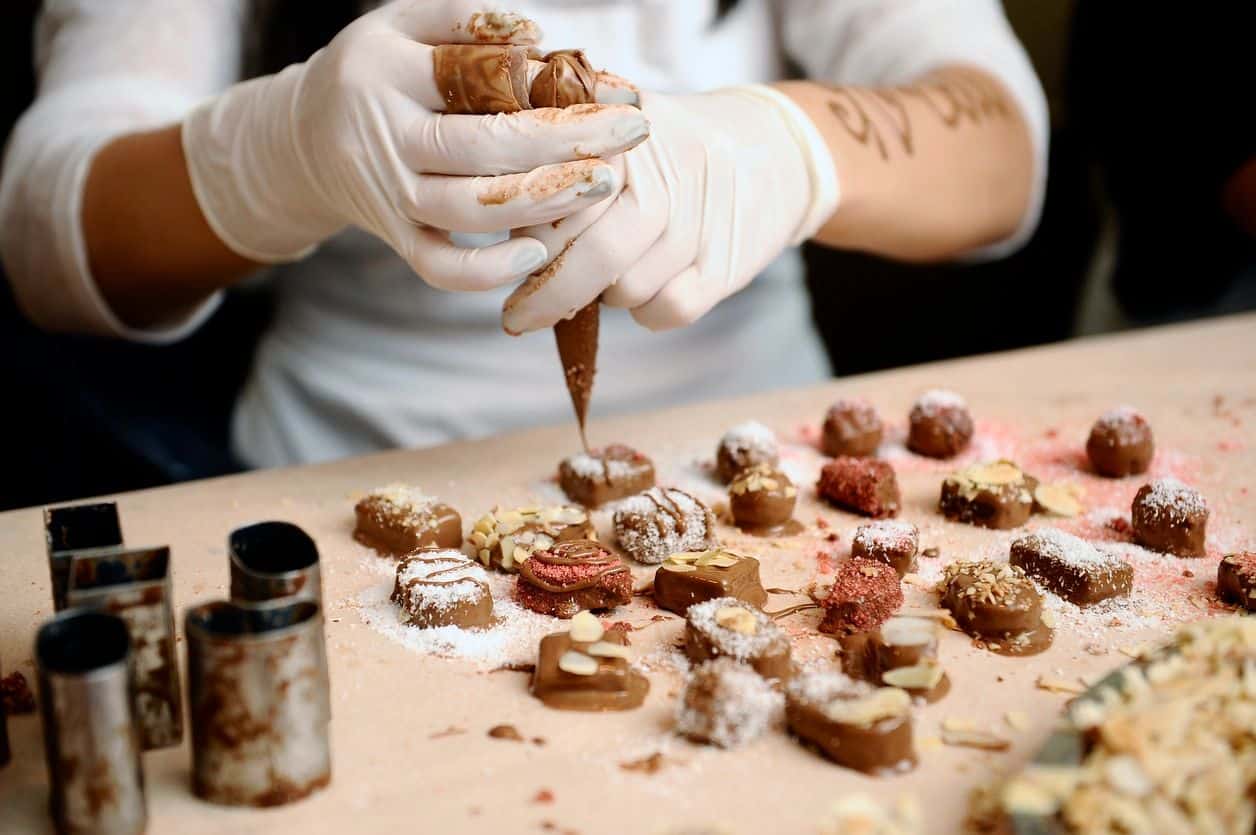 Many towns, cities or rural hamlets have traditions that are funny, cool, or just plain weird. It’s no surprise that many of these traditions revolve around a specific type of food, usually only known regionally.  Even for food well known beyond its place of origin, such as the bagel (Vienna, Austria 17th century), different regions find a way to make it their own. For example, there is no place on earth that can replicate the taste of a NYC bagel (even if you import NYC water) or New York style pizza (despite the claims). Side note: Did you know that throughout the city, there are an uncountable number of tours that cover the history of bagels and how they’re made differently at certain locations?

Candy and chocolate treats are no exception.

Sponge Candy. If you’ve ever visited or met anyone from Buffalo, New York, you may have heard of something called sponge candy. No, this isn’t an edible kitchen sponge. Using a combination of sugar, corn syrup and baking soda, a light crunchy toffee-like candy is formed to make the candy. It is then coated in chocolate and served to eager consumers – local or tourist.

The history of sponge candy is not very well documented, but most food historians agree that it was created and sold in Western New York, specifically Buffalo, during the 1940s. It was similar to a popular type of “sponge” toffee that was produced in Great Britain the decade before, though there’s no indication sponge candy was designed after the toffee. Unlike the now worldwide favorite, Buffalo Wings (1964 – Anchor Bar, Buffalo), sponge candy has remained a regional phenomenon that seems to vanish once you travel east of Rochester.

Buckeyes. A different regionally famous candy that is located around parts of the state of Ohio are known as Buckeyes. They consist of a peanut butter fudge in the shape of a sphere and dipped in chocolate.

“Buckeye” became a term for residents of the state of Ohio over a hundred years ago – the name came from a tree native to the state that grows round nuts, which the candy is made to look like. It became such a popular nickname that in 1950, Ohio State University began using it as their team names! In fact, the mascot for their football team, The Buckeyes, is an actual buckeye with a face.

With the popularity of this term and now university mascot, a candy was developed. You can enjoy some buckeye candy in locations around Ohio (and check out the actual Buckeyes team during football season).

Nut Goodies. In Minnesota, Nut Goodies have been a popular treat since the locally sourced Pearson’s Candy Company began manufacturing them in 1912. They consist of a maple cream center clustered with peanuts and covered in chocolate.

The Pearson’s Candy Company was started in Missouri in 1909 and made a number of different candies aside from the Nut Goodies. These chocolate treats, however, became popular during the Great Depression, when the price of one was just three cents. The Nut Goodie stuck around for decades, even prompting cake, ice cream and even beers based on it.

Aplets and Cotlets. Anyone native to the Northwestern United States will be familiar with these Turkish Delight type candies. Aplets contain apples and walnuts, while Cotlets contain apricots and walnuts. Both are a jellied-type confection coated in confectioner’s sugar. They originated in Washington state and haven’t ventured east, despite being around for 100 years.

Next time you visit a different city or state, be sure to look up what special foods they are known for, especially if it’s candy! There could be an interesting history behind the food that might just interest you.