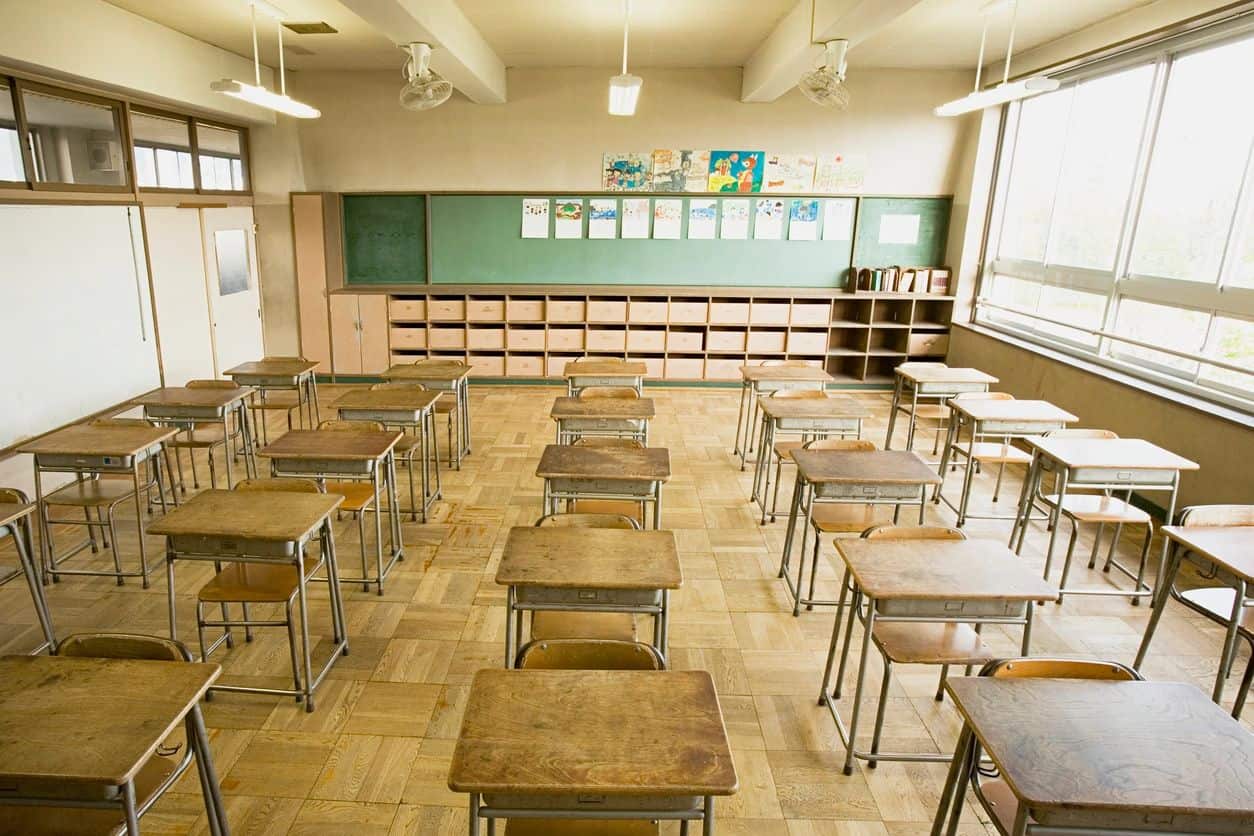 As a student, the start of September is a dreadful period following a month’s worth of back-to-school ads while you’re still trying to enjoy summer. As a parent, however, this is most likely the moment you’ve been waiting for – a sense of relief. With school back in session, you can go back to work without having to find a babysitter/daycare, figure out plans for lunch or worry if your kids are currently destroying the house you just cleaned the night before.

This wasn’t always the case – of course people always learned and passed down information, but in earlier civilizations, schooling tended to be a private and less affordable option for families. Despite educational instructions being mandatory in New England in the 1600s, it wasn’t mandatory to learn. In fact, when America was created in the late 1700s, the majority of children were put to work for their families, and they couldn’t read or write.

In later years, as America was colonized, slavery became widespread, mostly in the south. Wealthier families that partook in slavery also had the money to hire tutors for their children. Meanwhile, the enslaved children remained uneducated.

The idea of education did take a turn after the Civil War, especially in the south, and education became more of a requirement for children. Public schooling became common in the mid 1800s, but these “schools” are nothing like what we have today. Instead of a building with kids of the same age group, these tax subsidized schools were singular rooms filled with children ranging in ages. Classes tended to ignore the sciences and math we are required to learn today and instead focused studies on social standards, religion and history. The children learning in these schools were largely comprised of white boys. In most of early America, girls were taught privately or were only taught to read, not write.

It wasn’t until the late 1800s, and the establishment of the Office of Education, that state-wide academic programs were run for the students with long term goals in mind. This led to free elementary schools in cities across the country; as well as, standardized exams and courses in high schools and universities.

By the early 20th century, 72% of American children were attending school as the push for education became more prominent. Schools were racially divided and people with disabilities were not allowed to attend, so the numbers were still lower than they should have been. After the 1954 Brown V. The Board of Education case ended with a ruling for educational desegregation, the number of students in the north increased significantly.

Over 20 years later in 1975, the Education for All Handicapped Children (EHA) was passed, later replaced with the Individuals With Disabilities Education Act, giving access to school for everyone.

Today, in the 21st century, almost 100% of school-aged children have some sort of education, with 91% of these children earning a high school diploma and 46% with some sort of college degree. It’s amazing how far America has come with its education, as the country spends more on its students than any other country. Thanks to all the hard work of people demanding education, two thirds of the year, your kids are being guided by trained teachers getting paid while you can work or even stay home and relax, enjoying the silence.