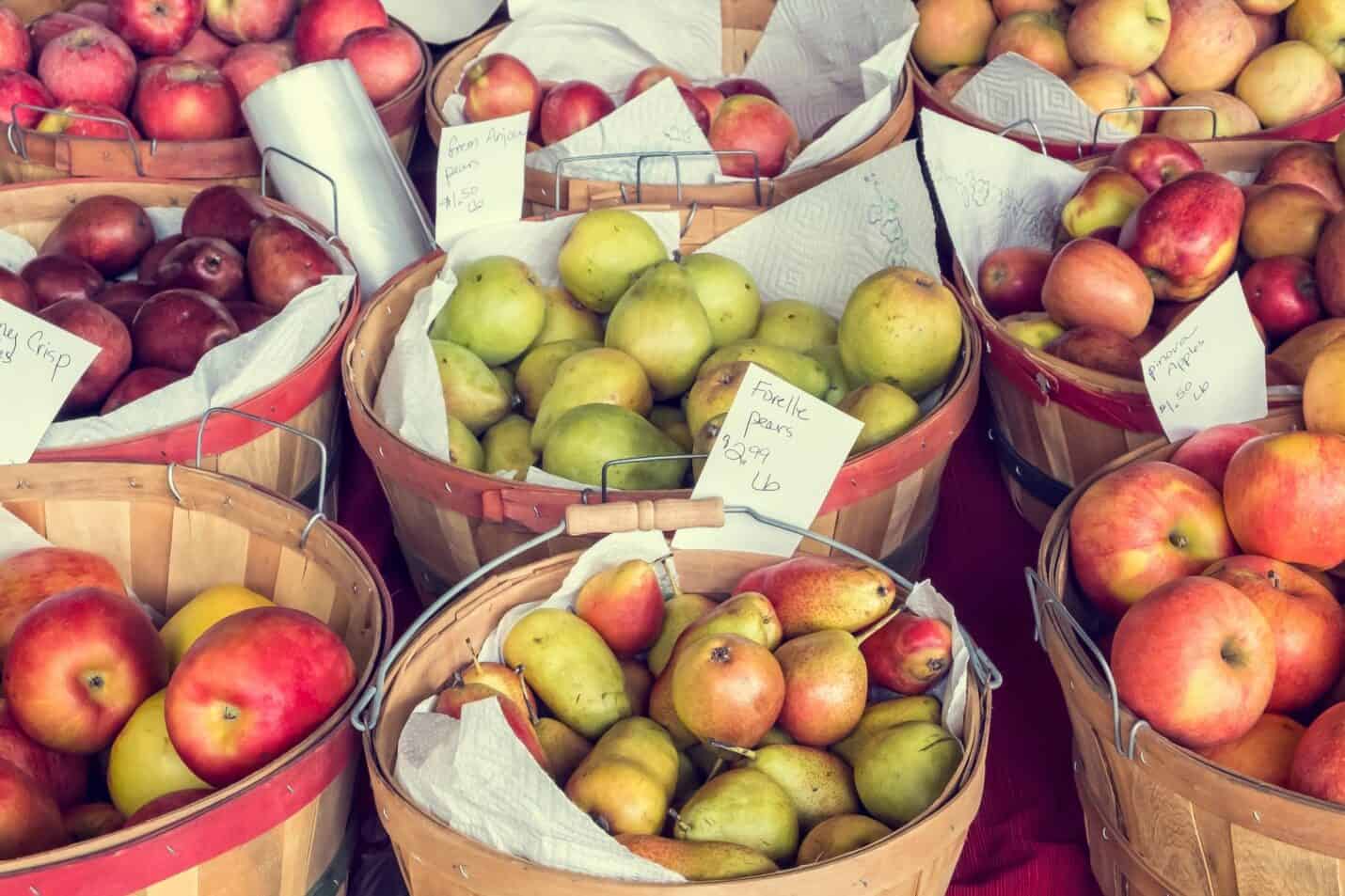 Fall is here and people are racing to the apple orchards to find the juiciest, ripest and most delicious apples there are. Whether it’s for baking pies, cider or just straight eating, picking apples is a “must do” for autumn activities – and have been for quite some time! But how long exactly has apple picking been around? Did you know that apples weren’t native in America until people came with seeds from Europe? That’s right, North America didn’t have any apples (besides the inedible and sour crab apple) before the U.S. settled down and became a country.

Because apple trees are so easy to plan, they spread in location and popularity. Soon, people began experimenting with grafting and creating new types of apples – over 14,000 different varieties to give a ballpark. They ranged in size, textures and sweetness (bitterness), giving early consumers plenty of options. Farmers had orchards with a wide variety of the fruit and the abundance of harvest became so much, there were too many apples to eat/sell/and cook with. Luckily, apple orchard owners saw an opportunity in the agritourism industry that was booming.

Agritourism is, according to Google, “any activity incidental to the operation of a farm that brings members of the public to the farm for educational, recreational, or retail purposes.” When cities became larger as the colonies grew and technology was started, people started leaving the cities on vacation to go to more rural areas. They would participate in things like gardening, animal caretaking and other agricultural activities to get away from the bustling life of the city.

A farmer’s entry from 1899, published in Inventing New England: Regional Tourism in the Nineteenth Century, “They find the morning so fresh after you have served their late breakfast, and the glass of milk so refreshing after their afternoon nap, and the cream is so delicious, and the piazza so cool, you think some day you would really like to enjoy it yourself for a few minutes.”

These early fall swarms of tourists made farmers and small towns lots of money and have since. With the rise of cities and the fall of nature, people were desperate to hold on to America’s roots. By the late 1950s, agritourism became a 3.4 billion dollar industry, a fair amount of which includes apple picking.

Apple picking remains a tradition or fun event for most to this day, and there are about 700 apple orchards in New York alone. It tends to be a popular place for those in the east to go during autumn due to the perfect climate and soil; people as far down as Florida travel up to pick their own apples! New York state comes in second for the biggest apple production each year, the first being Washington state.

If you are planning a trip to an apple orchard whether it be local or hours away, remember what you’re in for: most orchards have acres of rows of dozens of trees, and different varieties, too. It takes time and exercise to walk so far and carry heavy bags of apples, but it’s always worth it! Most places have other activities, such as corn mazes or petting zoos, and sell apple-products, including cider donuts! It’s truly an autumn experience that has remained and will stay an American tradition for centuries.