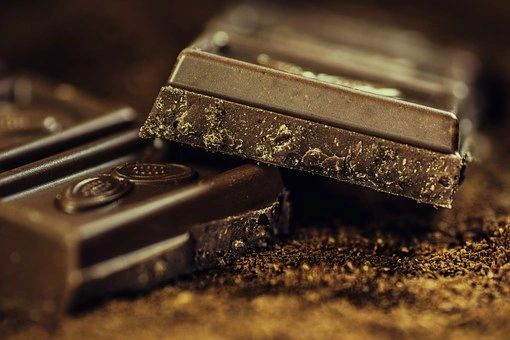 6. Chocolate is good for your teeth. The myth that chocolate rots your teeth has fallen out the window. Instead, scientists are realizing that chocolate is better for you, or at least your teeth, than once thought. According to these scientists, chocolate contains antibacterial ingredients that fight streptococcus mutans, which causes acids to attack tooth enamel. Who knows, in a few years, we could all be brushing our teeth with real chocolate toothpaste.

5. Humans can overdose on chocolate. Though chances are low, humans can indeed die from eating too much chocolate. According to scientists, a human would have to consume around 1,000 milligrams per kilogram of your weight. The chemical that chocolate contains is called theobromine, which is similar to drugs such as morphine and cocaine. This causes a faint high-like effect when eating chocolate. However, given it would take about 75 pounds of chocolate in one sitting to kill you, death by chocolate is quite rare. Check out the CSI Episode, “Revenge is Best Served Cold,” from September 26, 2002 for a lesson in death by chocolate.

4. It takes about 400-500 cacao beans to produce just one pound of chocolate. A cacao tree can grow up to 30 feet tall, and takes almost six months to fully produce a cacao pod. One pod contains about 20 to 60 beans in it, which then has to ferment and dry out for three weeks. After grinding, conching and tempering, the chocolate is finally done. Each tree produces only about 50 pods each year, making the process of creating chocolate a long and laborious one.

3. Just the smell of chocolate relaxes you. A study in the mid-nineties proved that smelling chocolate has the opposite effect of eating it – it calms you down. Using an EEG to watch people’s brain waves, the scientists let in different food smells to the subjects in a room. None of the smells other than chocolate had an effect. “It caused a dip from the ‘no smell’ control reading of 2.6 microvolts in the brain wave down to around 1.8 microvolts,” according to the study.

2. Americans purchase a total of approximately 58 pounds of chocolate each Valentine’s Day. $18.9 billion will be spent on Valentine’s Day, and $1.7 billion of that being candy alone. According to a candy study, over 90% of people would prefer chocolate over flowers for the romantic holiday, and each person spends approximately $220 for their loved ones during this season.

1. Lucile Ball took chocolate lessons for an I Love Lucy episode. For one of the show’s most popular episodes, “Job Switching,” actress Lucile Ball took classes from chocolatier Amanda Milligan, who made an appearance in the episode as a co-worker of Lucy’s. Of course it didn’t go so well for Lucy when she took the job as a chocolate dipper, Lucile knew what she was doing.